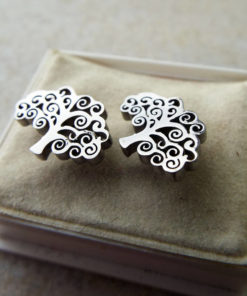 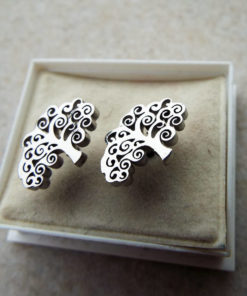 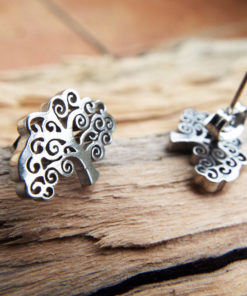 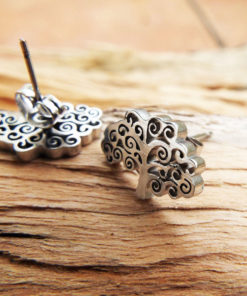 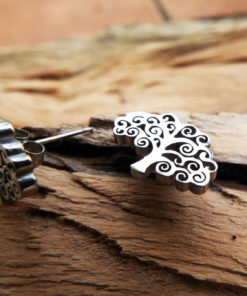 Embrace the power of the tree of life with this beautiful pair of studs! They’re handmade of silver stainless steel which never tarnishes and is not affected by the elements. The earrings have an easy sterling silver ‘butterfly’ fastening.

These would make a lovely addition to your earring collection 🙂 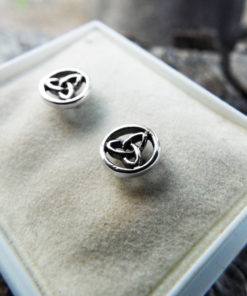 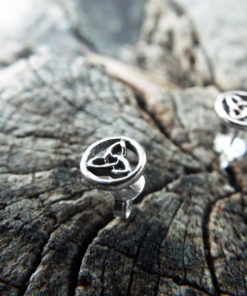 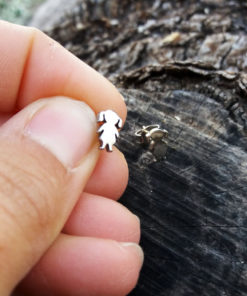 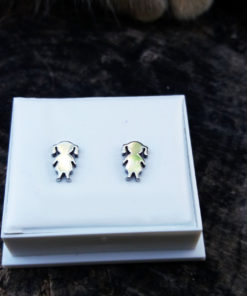 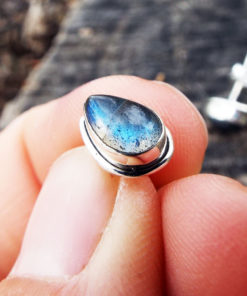 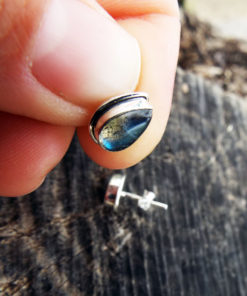 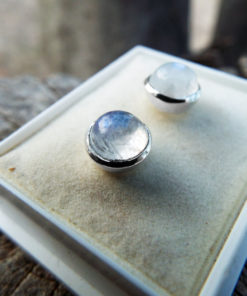 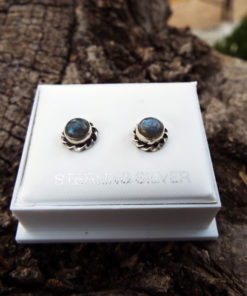 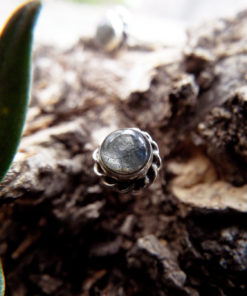 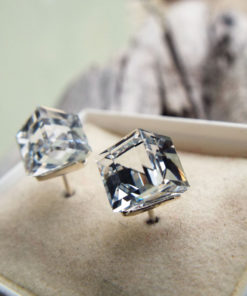 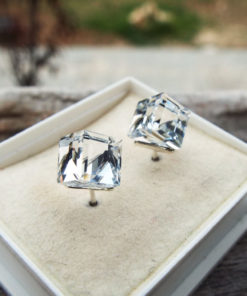 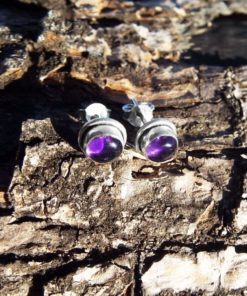 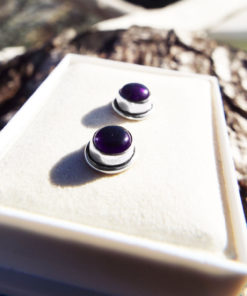 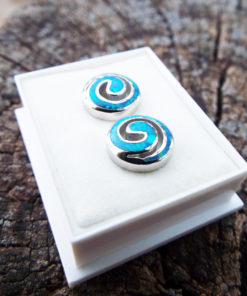 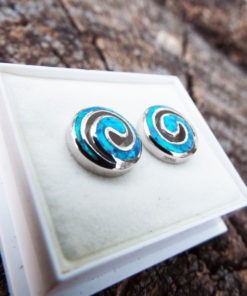